Just because I’m stuck in the Vancouver Airport today doesn’t mean I don’t know what it happening in Yellowknife. After not sleeping at all last night due to a red eye flight and a 4 hour time change, I found out early this morning that the Gallery was indeed being torn down today.

The once popular bar has been around Yellowknife for sometime and I’m sure hold memories for some… if they can even remember them. The bar and above ground levels have been unoccupied for a couple years now and Frostbyte Cafe as the last establishment to move out about a year ago after some serious flooding.

Thanks to the support of Facebook Fans and Twitter Followers, YkOnline was able to get the following photos. They can all be seen at http://Facebook.com/YkOnline 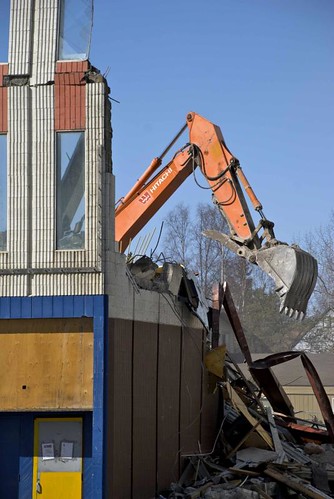 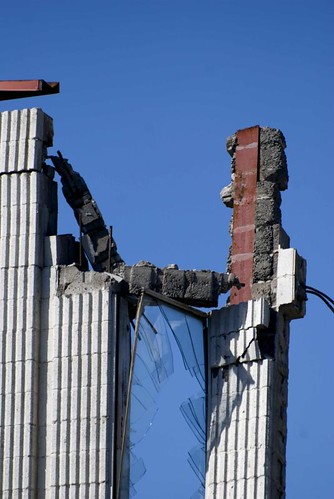 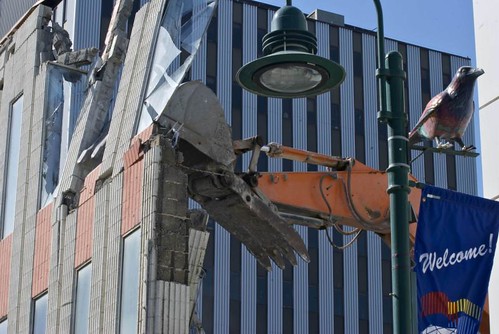 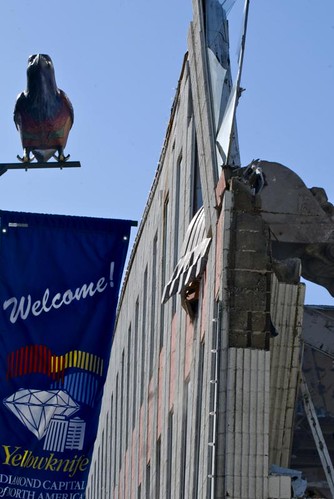 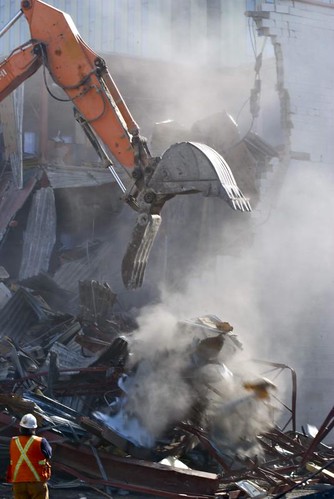 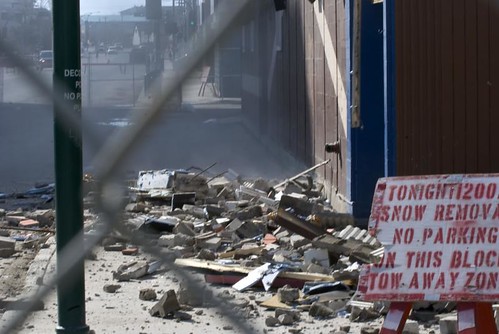 We will add more photos as they are sent in to info@ykonline.ca.

Do you have any stories from The Gallery? Share them in the comments below.