Well I’m all lit up inside. With that feeling, it feels as if the holiday season has officially started, apparently extended shopping hours just don’t do it for me. I went down to City Hall at 4:45pm Thursday evening for Capital City Light Up. When I arrived I found a very packed City Hall foyer. I actually didn’t know what was going on as I thought it was all going to be outside, but I was wrong. Inside was the Youth Choir was signing all of our favorite holiday classics. I wasn’t able to get any photos unfortunately as I was at the other end of the building halfway in the door.

Shortly after a couple songs the crowd was directed outside. Everyone gathered around the tree, joined hands and started reenacting a scene out of How the Grinch Stole Christmas. Okay maybe that didn’t really happen, but everyone did join together around the giant tree. Mayor Van Tighem took to the mic for a quick speech and then together with the choir counted down to the moment when the lights turned on, or at least some of them. After a few minutes they all came on. Take a look at the photos I was able to take, I really need to learn how to take photos in the dark properly. 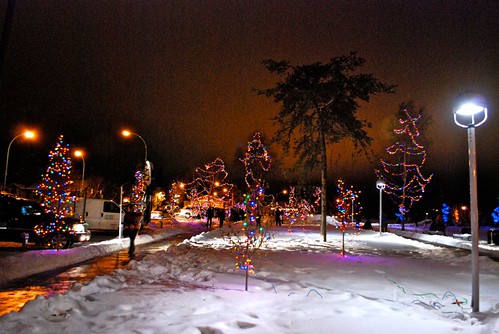 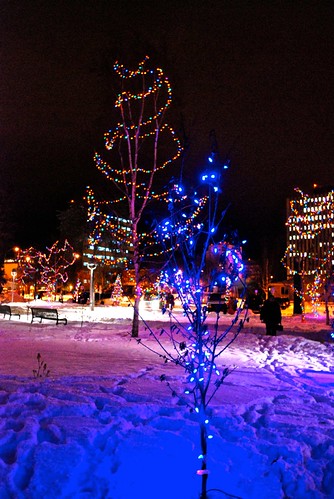 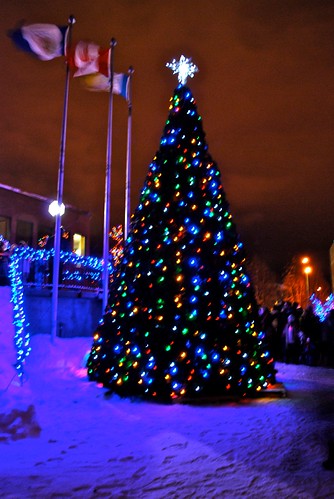 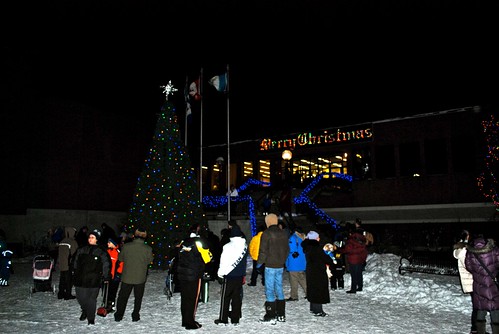 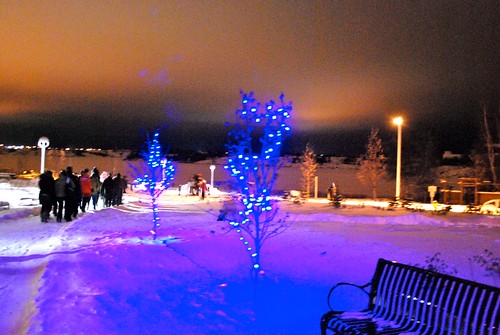 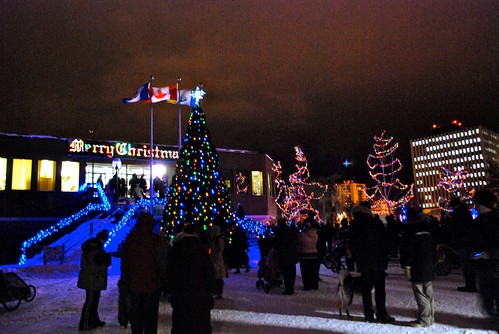 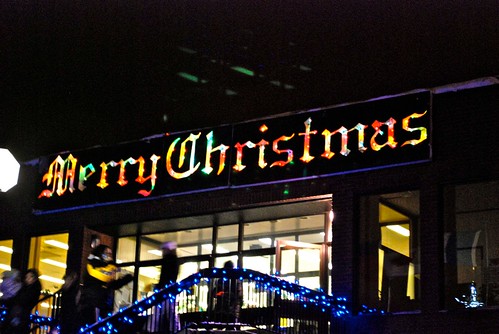 Now if you not in the Christmas mood yet, head over to Flickr to see all the pictures.