Well it seems as the first day of Yellowknife’s Greatest Indoor Show comes to a close it can be called a success. Constantly throughout the day there was a line up going out the door of people waiting to get it. The place seemed to be at capacity most of the day as I was always arm in arm with me person beside me. I was able to meet a lot of wonderful new people some who I have been in contact with via the web and was finally able to put a face to the name and of course I ran into old faces as well. This is Yellowknife after all.

There were many great companies set up at the Show, some new, some old, everyone with a smile on their face non the less. 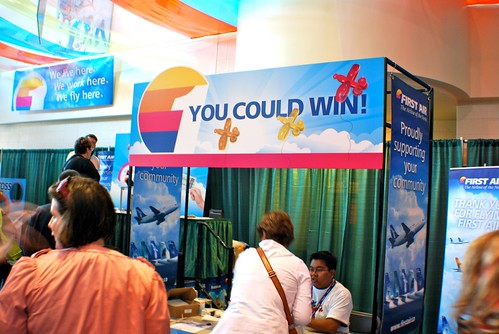 First Air was out in the front lobby set-up along an entire wall. They had a chance to win a trip for 2. What you had to do was guess a number between 1 and 99. Good luck. They also had Dave Brosha at one end of their booth showing off some of his amazing photography. 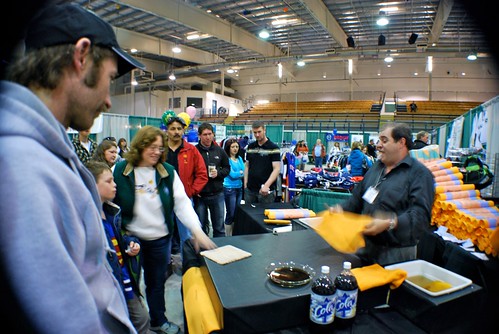 "You can just reserve that spilt drink, they'll be to drunk to know" 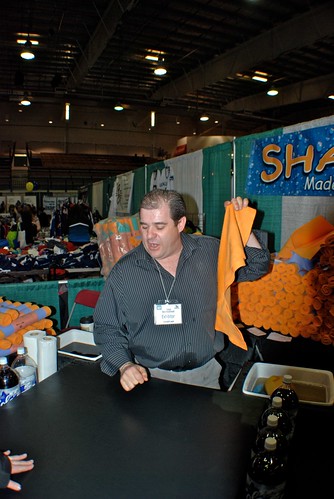 The Shamwow guy or actually Miracle Shammy guy was amazing as well. I don’t think I have ever heard someone talk as fast and as clear as he did.

This Shammy is purely amazing. It is one thing to see it on TV but to see it in real life, I felt like throwing money at him. He made some excellent points throughout his presentation that not only do these Shammies soak up more liquid than any other cloth but also they are reusable and are good up to 2 year. Green is in, so get your Shammy now. Two bundles for $25, beats anywhere to boot. 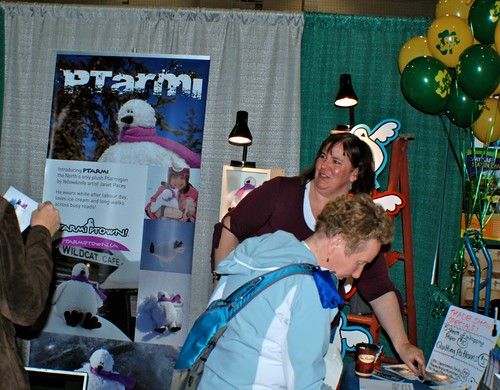 Hope she doesn't think I'm creepy for taking this photo.

One of our few Twitterers here in Yellowknife, Janet Pacy, was at the show, showing off her art as well as a new product. I wasn’t able to get the details on this new Stuffed Ptarmigan but if you head over to her site I’m sure she’d be glad to give you the full scoop. 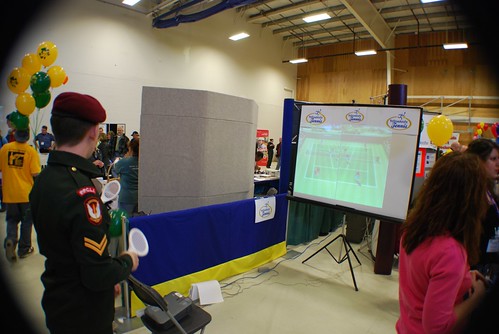 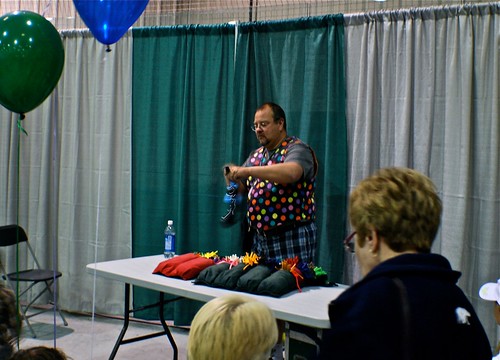 There were lots to keep the kids entertained at the show and maybe those adults who are kids at heart. There were booths set up with Wii’s, one being the Tennis Clubs. As well as the Wii’s there was a guy set up making balloon animals for everyone and a mime from the West Edmonton Mall. 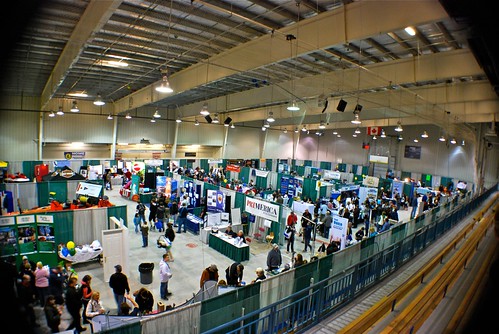 Unfortunately I’m not very good at taking photos in the arena and many of mine did not turn out but you get the idea. There was a lot more their than I mentioned, many of which are just as wonderful as the mention. So if you weren’t able to get out on Saturday I encourage you to try and get there on Sunday. There is a lot to see, draws to enter and things to win.

One thing that I mentioned earlier in the week was how I hadn’t seen much advertising for the Trade Show and was worried that people might not know about it. Then I remembered I was in Yellowknife and word of month is one of the best ways to advertise up here.

Hope you all had a wonderful weekend, and guys remember its Mothers Day on Sunday.