A two vehicle accident took place today, April 26, 2010, at the intersection of Franklin Ave and Old Airport Rd, heading towards MacDonald’s at about 2:50pm. Ambulance and Fire Department were on scenes within seconds, with it only being across the street from the Fire Hall. MED were also on scene keeping the area secure and redirecting traffic through Northlands. No word on if anyone was taken to the hospital, although the Ambulance that was on scene did not leave until the end.

It appears that the white SUV slowed down or was stopped at the cross walk in the intersection and was then rear-ended by a blue car. The hood of the blue car was completely squished and the SUV’s bumper was hanging off. Ironically both tow companies, DJ’s Towing and Age Automotive, were called to the scene to remove the vehicles. Working together they were able to detach the vehicles and get them out of the way in about 20 minutes. Any spilled liquid were then cleaned up. 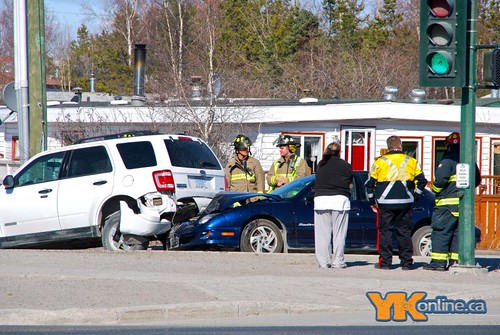 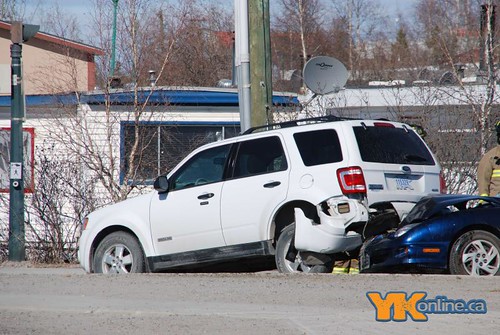 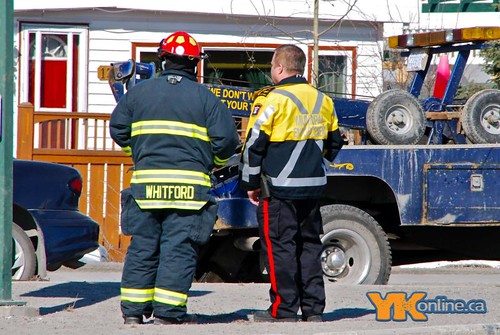 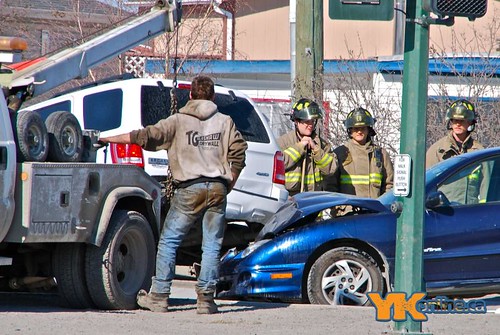 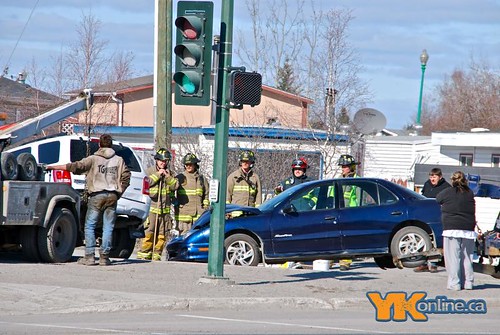 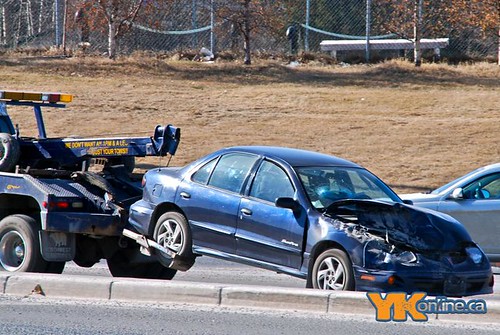 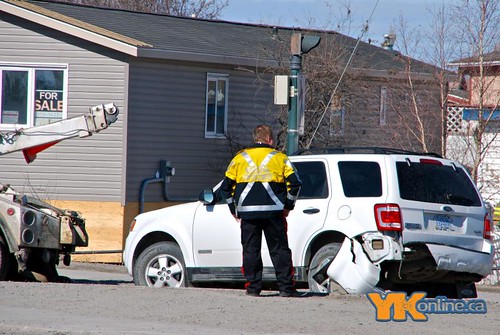