The used car market in Yellowknife is actually a decent one. Although we haven’t been able to support an actual used car lot, there is still a strong market of people selling vehicles privately.  We post our vehicles in the newspaper or online and quite often leave them in a public places for passer-buyers. 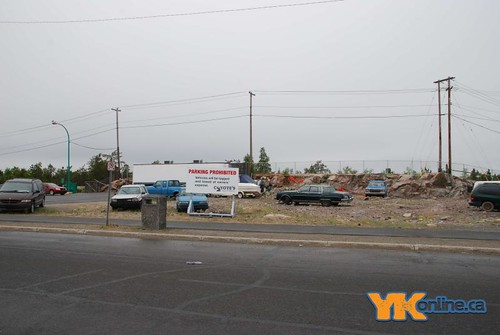 Those public places have changed over the years. Co-op was once a popular spot, so was the boat parking lot in old town. Then we moved to the old extra foods parking lot, which is now the Civic Ice Plaza, and because of the remodel and lack of space we moved once again.

We moved to an empty lot, a lot that had nothing to offer but a flat spot for vehicles. This space had been empty for years, and it was unclear who even own the lot. The lot I’m referring to is of course the lot in between Coyotes Bar & Grill and the Shell Gas Station. Over the course of 3 or 4 years this lot became a very popular spot to sell your vehicle. Actually, let me rephrase that a little. This lot became a popular spot in the last 2 years to abandon your unwanted vehicles.

A grey Toyota station wagon has sat in the lot for about 2 years. Who is the owner? No one knows. The lot has become a bit of a junk yard, and is an easy place to ditch a vehicle and avoid the $100 dump fee. Many vehicles did not even have For Sale signs on them anymore and were left for dead.

Well, that is all changing now. A sign has been put up by assumed owners of the lot, Coyotes Bar & Grill, stating that parking is prohibited. The sign clearly says “Parking Prohibited, Vehicles will be tagged and towed at owners’ expense”. I first noticed the sign on Tuesday, June 15, and by the time I got around to snapping these photos a majority of the vehicles were gone. But not that grey Toyota though. 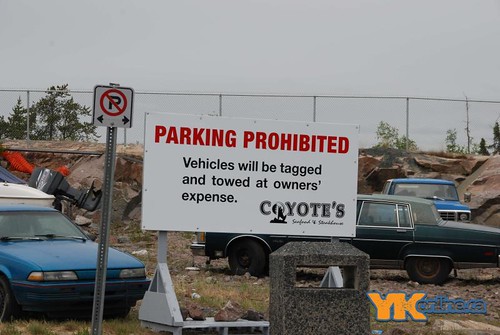 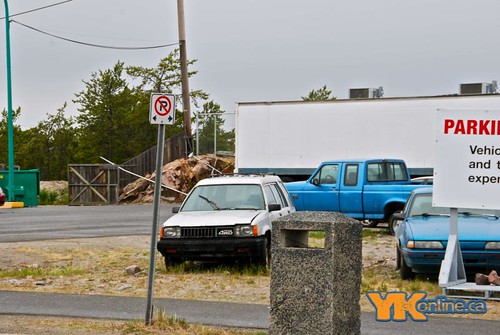 I understand where the owner is coming from, the lot was getting to be a mess and if you are trying to run a business right next door you want the place to look as clean as it can. The real question though, is where will the next used car lot be? 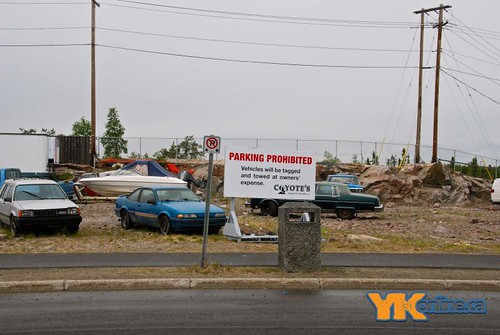