Another Rock the Folks was a success or you could say they did Rock the Folks. I even have proof, see the picture of the guy reading his book, he put ear plugs in half way through. 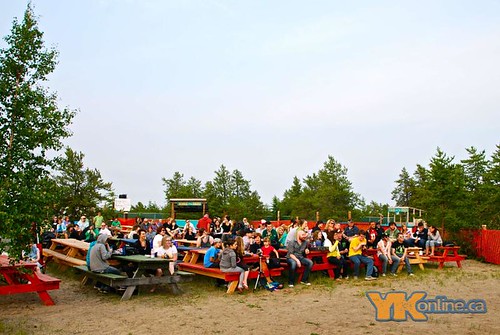 As the crowd started to gather Hello Paisley took to the stage and did was they do best. You might remember them from Music in the Park 2009, they took first place. The night consisted of several great local acts, but there were two from out-of-town. Atisa and Scott Walker, who ironically both played solo with their acoustic guitars. Atisa, who is from Vancouver, shared a couple of original songs as well as a couple Tegan and Sara songs, stating that they are her influence. Scott, who is from Barrie, Ont, played a cover of a Jack Johnson song, and did well at it too. 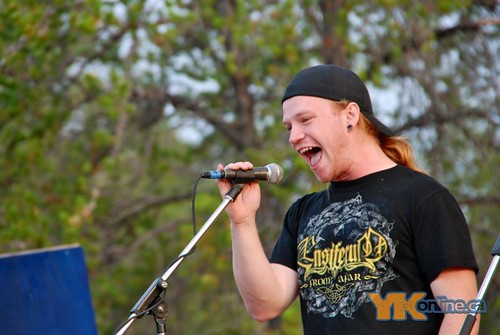 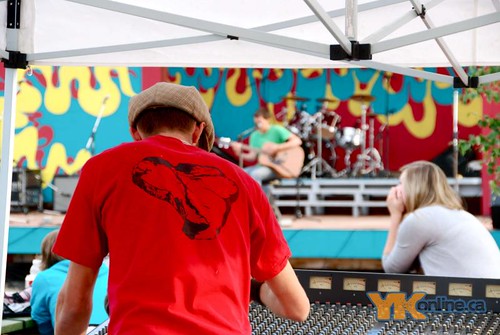 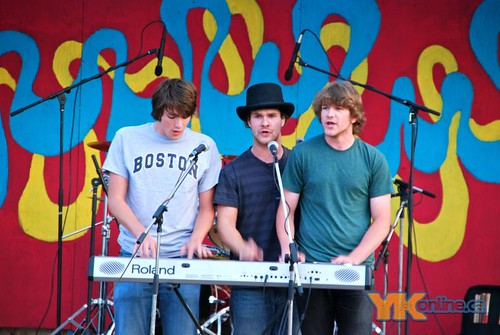 Then there was Billy Bangarang, how do I write about them. They got skills, I’ll say that. Although rap at a Folk Fest, I’m not really sure about that one. Tina Roy was also there and did her thing, as per usual. She has a cool, jazzy style which makes it really easy to listen to her play.

To finish off the night was the quickly rising in popularity, David Strauss. The 3 member band still hadn’t gotten another keyboard, but I think I’m finally coming around to them and their cocky ways. I mean they have been together forever, for 8 months. The band also took home first place, but unfortunately won’t be performing on Saturday. The runners-up, The Beat Officers, will get the honor of performing in front of a crowd in the Beer Garden at 1pm. 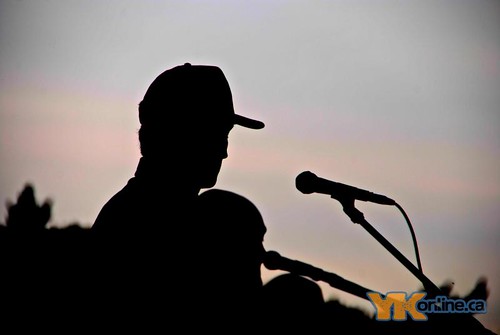 I think everyone had a good evening, and the turn out seemed decent. Although I have to comment on the crowd. There was no dancing this year. Last year people were on table givin’r, this year nuttin’. What gives?

If you are viewing this in an email or in an RSS reader, click the title to see a better formatted version of the gallery.
[flickr-gallery mode=”tag” tags=”rockthefolks” tag_mode=”all”]