On a Thursday evening I took a stroll over to the multiplex arena. There I found The Rock Skateboard Ministry’s temporary indoor skatepark. They have run an indoor park for 3 years now, and have come a long way since the first year in the Community Arena. I had the opportunity to talk to Craig Thomas, a committee member and Mike Bald, the new Youth Coordinator, see how it went.

The vision of an indoor skatepark came from Christina Jenkins, we saw it as a safe place for kids of all ages to come enjoy the park, learn from each other and bond. That was about 7 years ago. So for 4 years, Jenkins, planned, discussed, prayed and talked to people about her vision. Then in April of 2007, her vision started to become a reality. A group of professional skateboards from a skateboard ministry based in the USA called King of Kings Skateboard Ministry came to Yellowknife. In that group was a little guy by the name of Mike Bald, but will get to him later. The group came up and did a skateboard demo over a weekend, and inspired many kids. They showed them that they didn’t need drugs or alcohols to have fun. 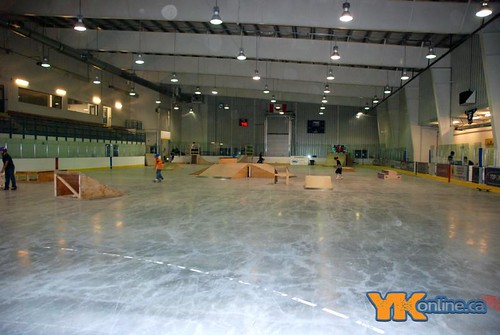 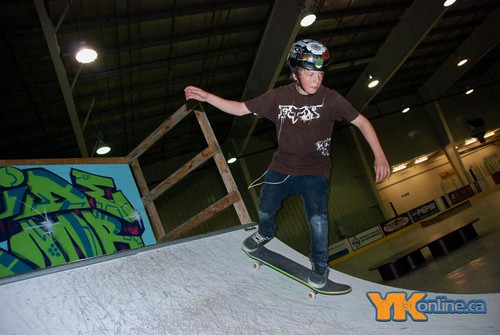 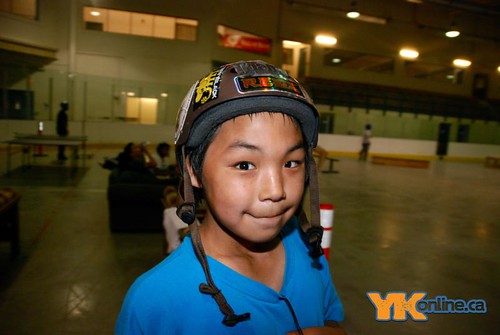 After the group left, the park remained open for the rest of the summer and The Rock Skateboard Ministry was born. It has become a place for kids to skateboard safely and not be stereotyped as if they were at the outdoor skatepark. It also provides a safe place for parents to tell their kids skate and not have to fear they are being targeted by drug dealers. It is its own ministry, but is a program of the SideDoor Youth Centre. Over the last 3 years the ministry has continued to grow with the support of the community, partners and other ministries like KKSM. Since the first summer, the park has moved into the Shorty Brown Arena and has added additional ramps, kickers, boxtops and more. They are now open 3 nights a week and run a full park most nights. 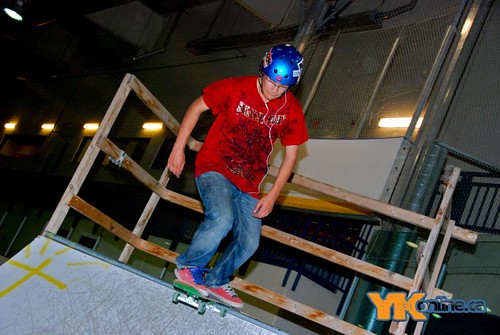 Last year a group of skaters from SkateLife came to Yellowknife to help develop The Rock in the community and with the kids. They ran the park and within that they started what is now called Boxtalks. For 15 minutes each evening, all the skaters would gather around one of the ramps and they would just talk about issues involving kids and teens in the community. The idea was to show the kids that you don’t have to do drugs to fit in, they don’t have to act like something they are not and that it is alright to say no to those type of things. It is a time where were those kids develop into mature young adults. Boxtalks are still held every evening the park is open, at about 8:15pm. 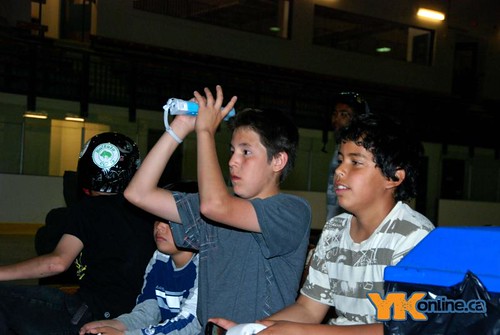 We first met Mike Bald when he came up with the KKSM group in the spring of 2007. Since then he has skated around with KKSM and then went on to SkateLife where he shared his positive passion of skateboarding and ministry with kids in Abbotsford, BC. He says he wants nothing to more than to skateboard and minister through it. Now he is in Yellowknife for the next 3 months as The Rock’s Youth Coordinator, which mean he will be leading the park when it is open. He hopes to build up, the already strong, group of skateboards and be a positive role model for them. He mentions that when he was growing up there weren’t any positive role models and he doesn’t want anyone to not have that in their lives. Along with being a role model himself, he hopes to help the older skaters become role models themselves.

You can meet Mike, or any of the skaters any night the Indoor Park is open. To stay up to date with what The Rock is doing, like an upcoming Skate Camp, check out their website, TheRockSM.com