The second annual Long John Jamboree started and finished this weekend with a gust of chilling wind. I want you to picture yourself standing on meter thick ice. Then I want you to imagine hundreds of other people on the ice with you, along with their vehicles, numerous tents and some world-famous ice carvers. What you are imagining is the Long John Jamboree for another year.

After some milder weather earlier in March, like true fashion the chilling temperatures and brisk wind was back but in true form, Yellowknifers weren’t letting this get in the way of their weekend. Now, in all honesty, it would have been nicer if it hadn’t been as cold and many did probably stay home this weekend but the grounds were still bustling with people. 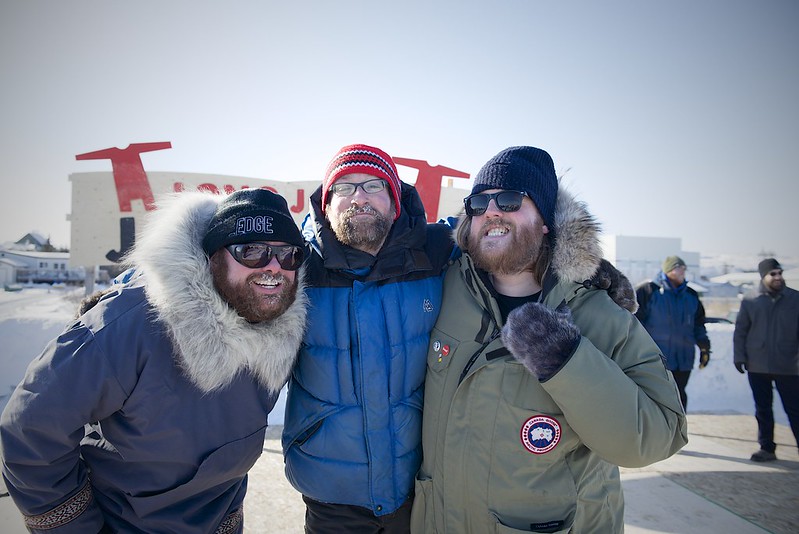 This years jamboree once again tried to bring fresh ideas to a winter festival, infused with some historical treasures. This year the Caribou Carnival King and Queen were brought back in the form of Lord and Lady Long John, which went to the two people who sold the most raffle tickets.

Besides the ongoing activities that happened throughout the three days of the jamboree, it was Saturday night that really showed me the spirit of the community. The newest attraction to the shores of Great Slave Lake, the Big Burning Thing, brought out a large number of people. So many people, that Yellowknife Bay turned entirely into a parking lot – I’m also guessing it broke the record for most vehicle stuck at one time in one place. The structure that was made from pallets was slowly engulfed in flames as people enjoyed the show. Soon after the fire on ice, it was time for fire in the sky – fireworks. 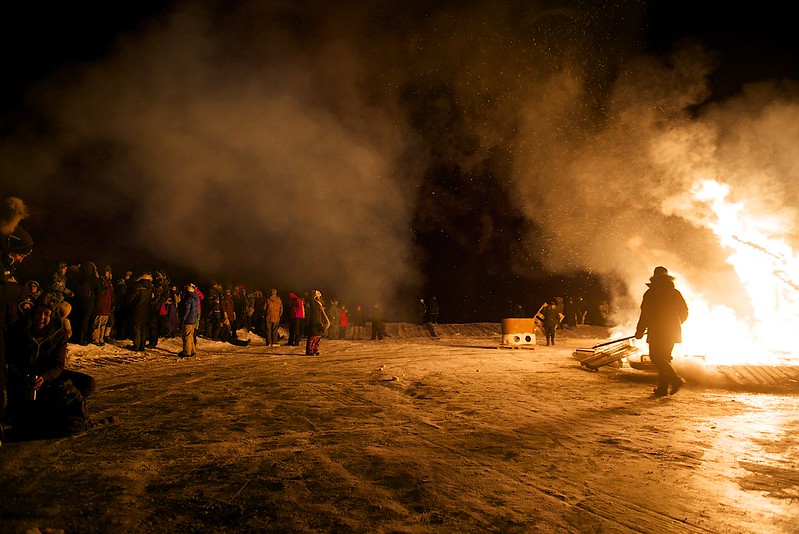 The final moment of Saturday evening that really – I don’t know – made me feel all happy about the community was when people – after watching the fireworks – walked through the jamboree grounds and admired the finished ice carvings, that had been nicely lit up. It was like Christmas. 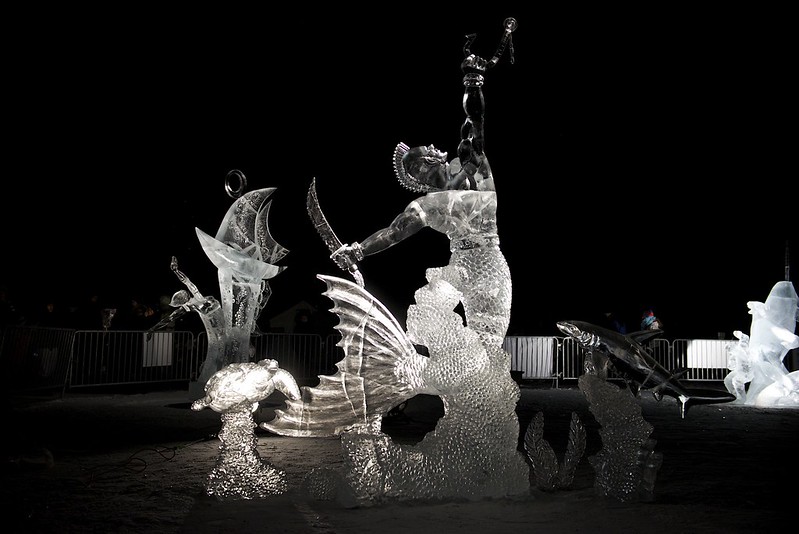 I have seen first hand how much time and effort goes into making an event like this happen. Without the willingness of the board and all the volunteers it just wouldn’t happen. So I thank them, but I also thank the people of Yellowknife who came out to the event. This event represents the end of a long winter as if we are all coming out of hibernation.

So tell me! What was your favourite moment of the second annual Long John Jamboree?