After the well-known St. Joseph School fire a couple of years ago, portable classrooms were put in place and were continued to be used as renovations took place. Now as the renovations are coming to a close, the portables were removed from the school property. At about 9am on Saturday, June 5, 2010, 3 flatbed transport trucks, a crane, and a front end loader arrived to remove the semi-permanent buildings. 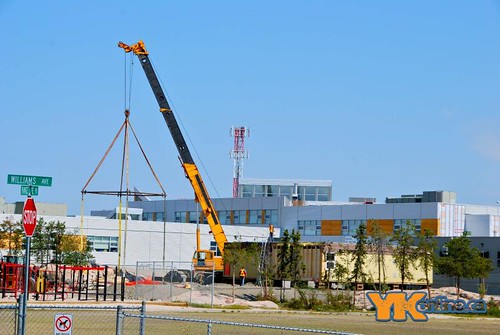 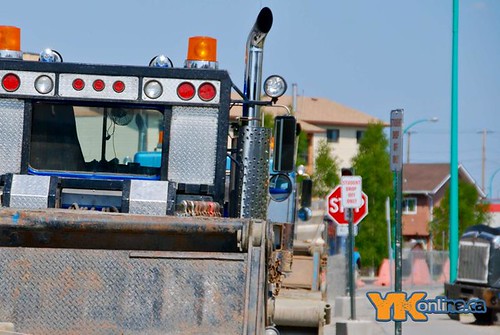 The buildings were attached and had to detached before moving them. Once detached, the crane would extend its boom and hook up to the building, while the front end loader steadied it. One flatbed would then back under the building and the crane would lower it down. After fastening the building to the truck it was slowly driven out of the way, while another backed up. 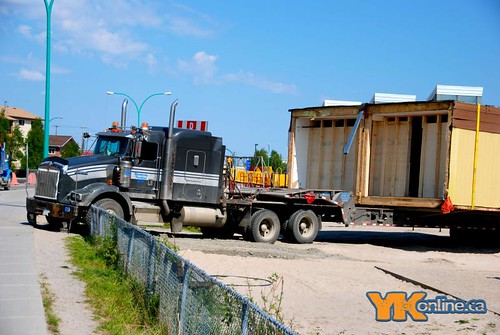 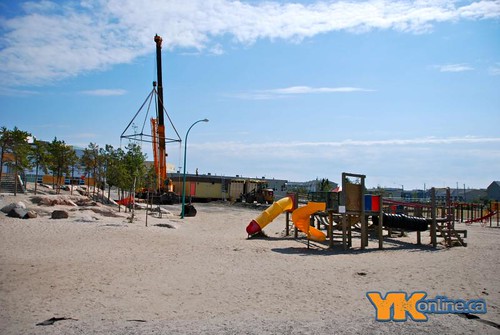 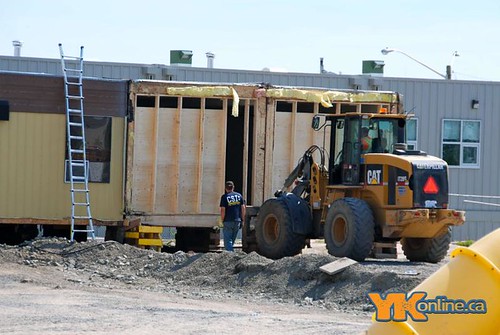 While the trucks were coming and going, traffic got backed up a certain points. Wasn’t a big deal, no one seemed to be in a hurry, seems all the crazy garage salers had simmered down for the day. It will be interesting to see what the school uses the new open space for. Whether, new buildings will be put there or if the playground will be extended. 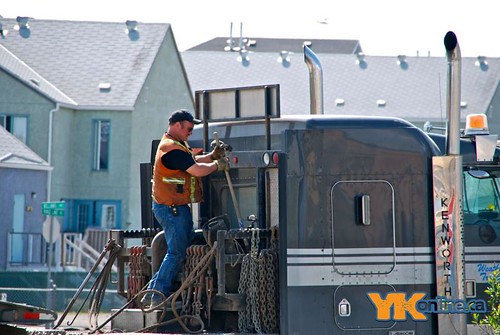 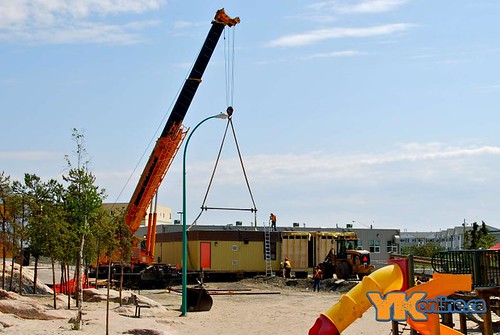 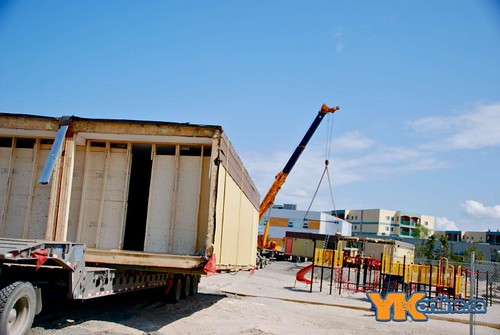 What do you want to see the new open space for? More classrooms, or bigger playground.