Around noon today a Funnel Cloud formed over Yellowknife and swirled around. I, at the time, did not think much of it, I was into some other work. I did notice that a picture taken by Val Pond was circulating Twitter and Facebook, but still didn’t think much of it.

Then two hours later I received a call from a reader who informed me that he had chased the swirling cloud. He said he followed it out to Giant Mine, where it finally dissolved. Unfortunately, he said, he didn’t have a camera with him at the time and wondered if I had any photos.

The photo below, by Val Pond, is the only one I have seen. If you have pictures of the Funnel Cloud send them in to yellowknifeonline@gmail.com and I’ll post them for others to see, crediting you of course. 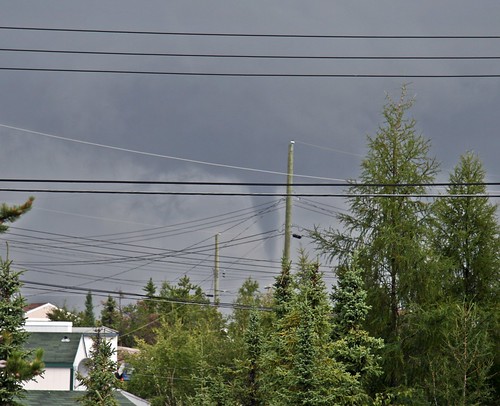 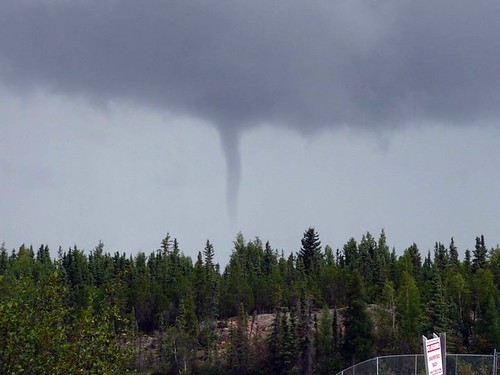