I was trying to think about how to write this story. I want to do it in a manner that isn’t offensive or overwhelming to anyone. That being said it is rather hard, as photos and video are raw. So, please, if you do not want to see the photos or video don’t look below. I hope everyone was safe and no person or animal was hurt. If you have any information of any fundraising efforts for those who lost anything because of this fire, send it to info@ykonline.ca and I will be sure to get the word out.

Mid afternoon black smoke could be seen from the top of the Coast Fraser Tower (Fraser Tower). When I arrived on scene a small bit of black smoke could be seen billowing from the roof of the building. Over the next hour or so the smoke increased and became blacker and thicker. At this point the fire department, which was on scene before I was, had done a basic search of the building of people, banging on door telling people to get out. There were also rumors floating around at that time that the fire was caused by a electrical problem, but at the same others said it was a gas fire. At the time of writing this neither CBC or NNSL has any information confirming or denying those.

As time went on I learned that there was no water service on the 14th floor of this building (the top floor) and firefighter were up there with only Fire Extinguishers. Apparently they did have the fire contained to its room of origin, though. As we were standing watching the event unfold, we heard over a near by radio that a Helicopter from Great Slave Helicopters was on its way with a dump bucket. It was said that they donated the time and fuel to help in the effort to put out the fire. It would have been a hard fire if there hadn’t of been a helicopters. Big thanks goes out to them.

Because of the effort from GSH and an amazing pilot the fire on the roof seemed to be out. No black smoke was coming from the top anymore and after 10-15 dumps the helicopter left. As the smoke died done she could see what was the roof. It was now completely charred. The sign that was once a polar bear, and then the coast logo was completely gone.

I will continue to update this post with link and photos from those who were at the location. 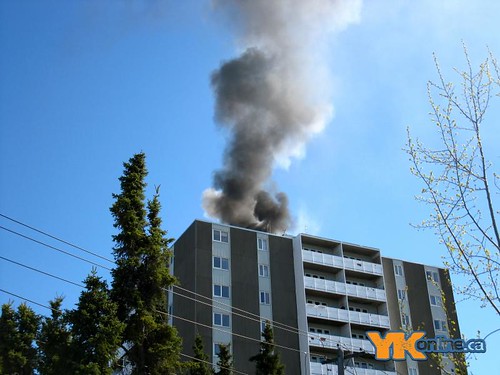 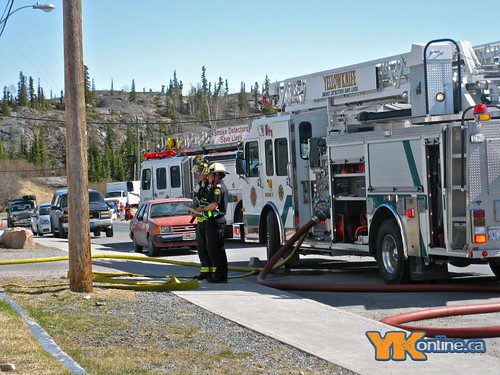 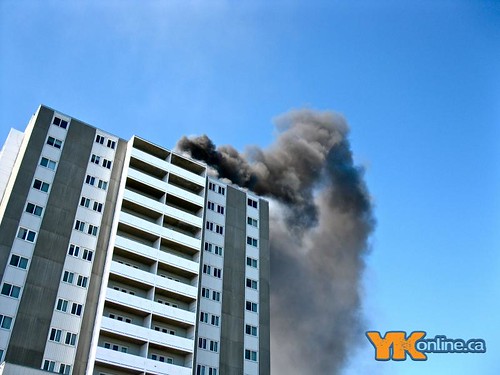 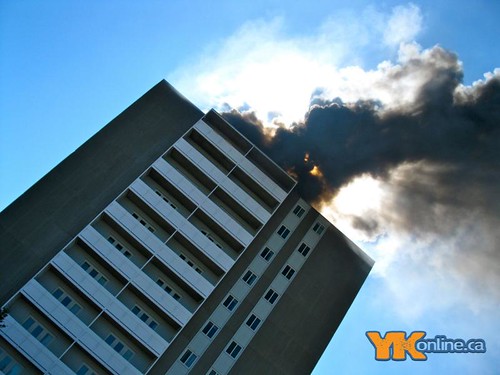 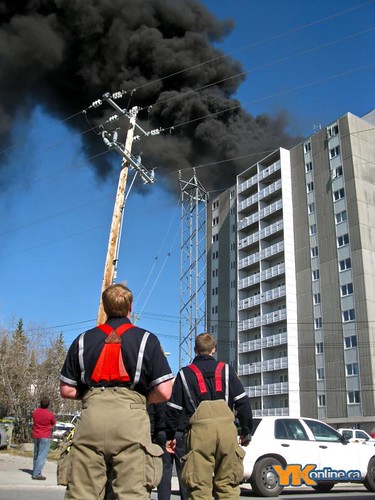 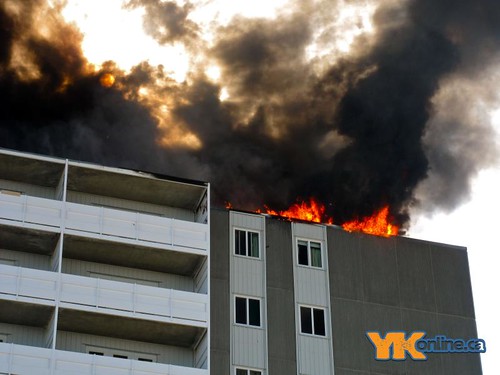 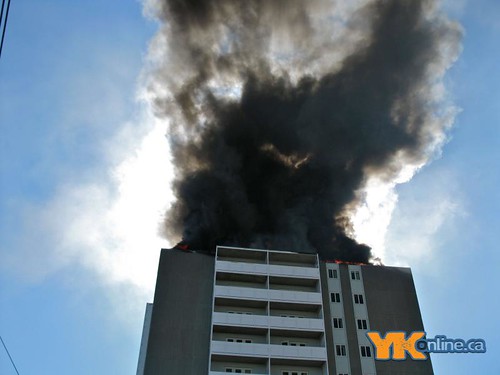 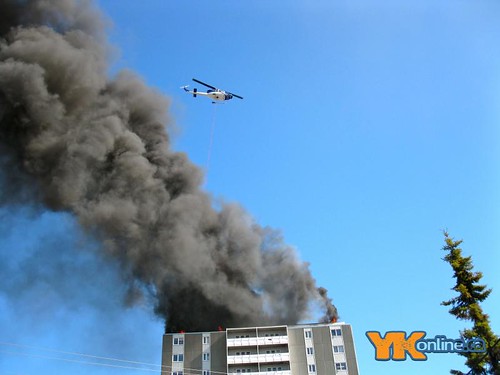 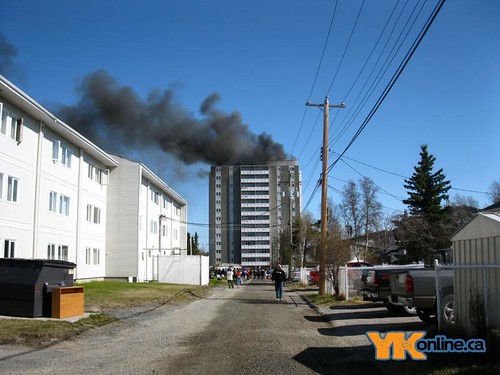 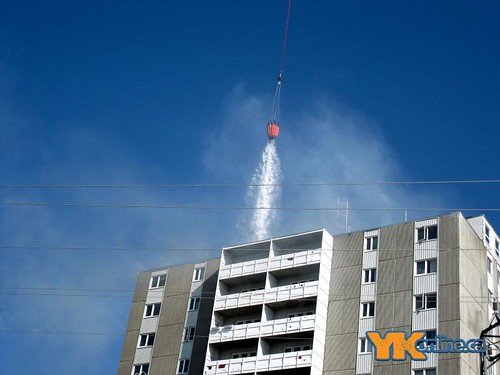 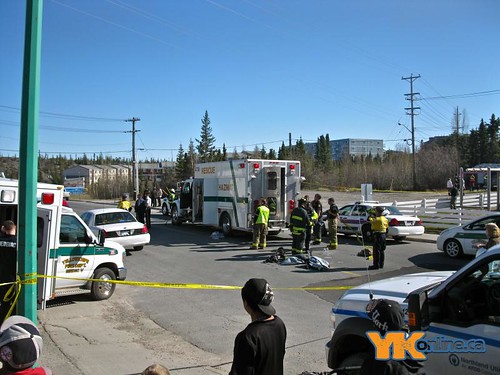 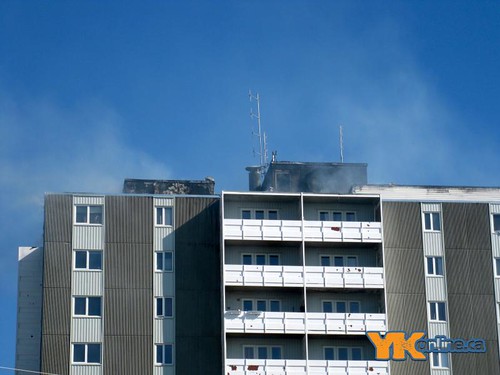 UPDATE: Here are some more photos and videos from around town, submitted by viewers.