It came up on Twitter yesterday afternoon and I knew it would soon spread through Yellowknife’s local media. The cities beloved summertime music festival, Folk on the Rocks, has been nominated for the CBC Radio 3 Searchlight Best Music Festival in Canada.

Coincidentally Folk on the Rocks will be celebrating its 30th anniversary this summer and what a treat it would be for it also to be the greatest Music Fest in Canada. Folk on the Rocks has come a long way since Rod Russell and his band founded the festival on the shores of Frame Lake, and then transported it to Long Lake. Beginning in 1980 the festival was only a small, community-based gathering, but now it has grown into one of Canada’s favorite festival bring in not only great performers from the north but also from the south.

The top prize for the winning Festival, if they get though all four stages, will be international bragging rights and a live CBC Radio 3 broadcast at the festival.

If you want to see Yellowknife Music Fest, Folk on the Rocks, become better than it already is vote today. Here is how: 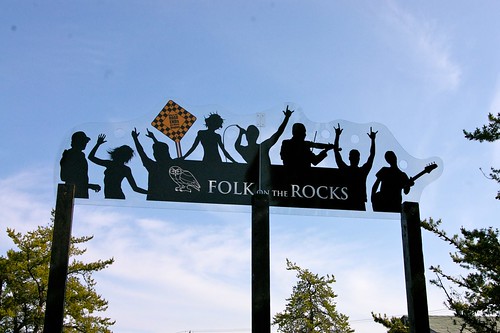