The North’s beloved folk festival, Folk on the Rocks, has made it into the Top 10 Best Music Festivals in Canada. THey are more than pleased with this and what to thank the community for rallying behind them and voting. The festival has so far gone through 3 rounds, top 80, top 40, and top 20, and on its way to becoming number 1. That is why we are sending out this one last plea for votes. Voting is simple and helpful, do so here: http://radio3.cbc.ca/#/searchlight/vote.

This year marks 30 years of Folk on the Rocks and regardless of a win this year promises to be one not to be missed. Planning is already underway for the festival, which is scheduled for July 16-18, 2010.

“Folk on the Rocks is honoured to have made it to the final round of voting,” said Board
President, Claudia Haas. “This community has really rallied behind us and we can’t thank
them enough!”

If you want to see Folk on the Rocks become number one in Canada vote now and vote everyday (http://radio3.cbc.ca/#/searchlight/vote). If you need help voting we have created this step-by-step guide on how to do it. Voting is opening until Tuesday, March 9th, at 6pm and the winner will be announced on Wednesday, March 10th at 12pm by Grant Lawrence on CBC Radio 3. Go Now! 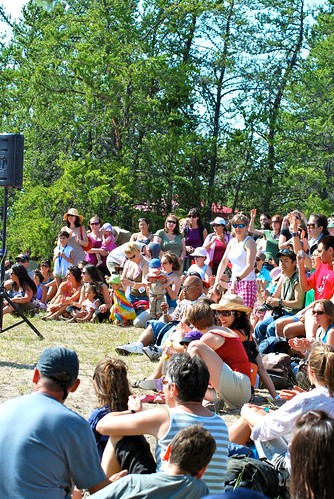