This past Saturday was CJCD’s annual Stuff That Bus Food-a-thon. They were set up at the Co-op, where they broadcasting live from. The fundraising was going towards both the Salvation Army and the Yellowknife Food bank. This year, like at Thanksgiving, it was made easy for Yellowknifers to donate with pre-made hampers, but they were also accepting any food donation as well as cash. 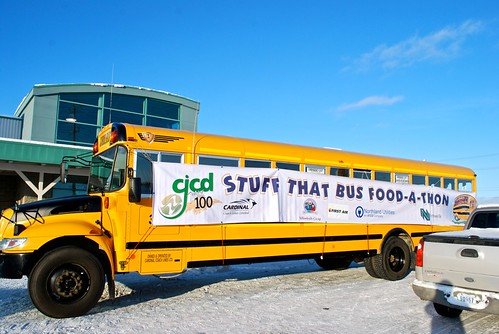 Paul McMullen and the J Bear were live on location from 9am to 5pm and then helped unpack the bus later in the day. Hat Tip Guys! You did an awesome job. 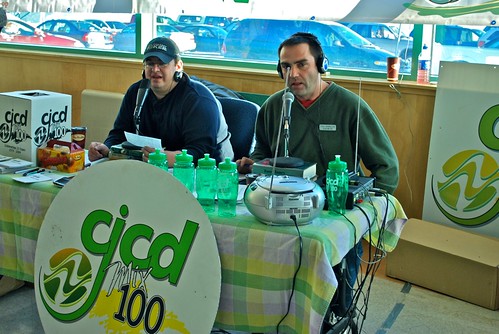 The majority of the Yellowknife Department came by, truck, ambulance and all, to drop off their donation. It was quite a surprise to see the men and women who keep us safe daily come by and give back as well. 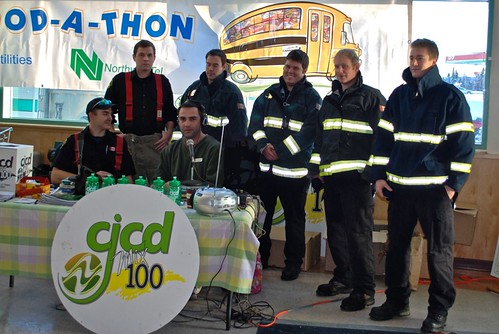 Firefighter Mike Woytuik sat down behind the mic with Paul to go on air. 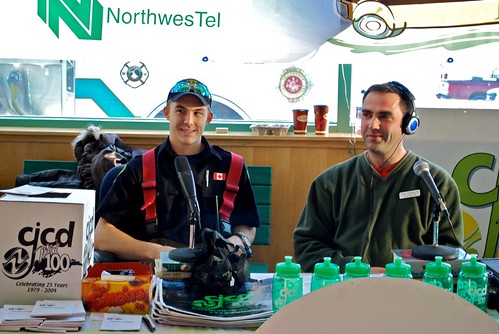 Many people were happy to donate anything they had, even if it is just loose change, because everything helps. 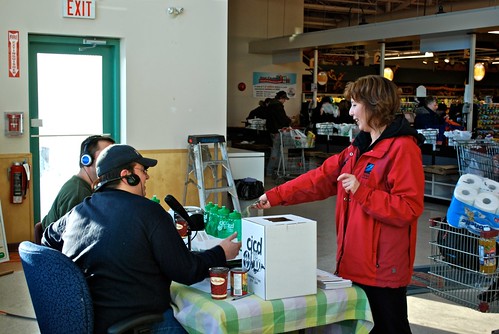 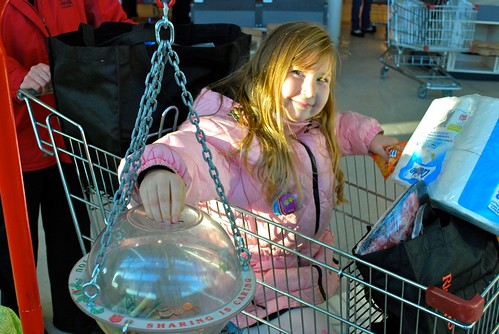 I could not believe the generosity of the businesses of Yellowknife as well as public figures. 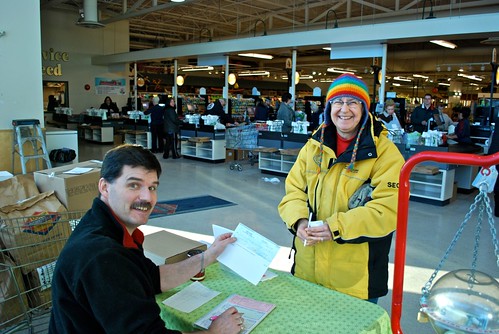 The photo below shows the pre-made hampers early in the day. By the end of the day the tables were clear. 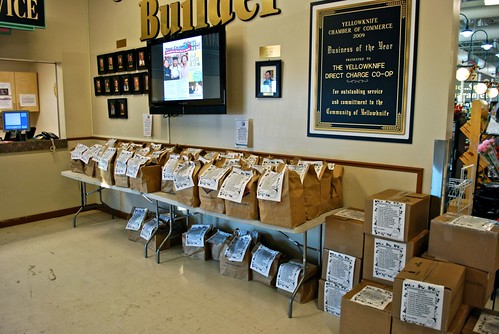 This final photo is of the bus as I was leaving around 3pm. You can see how full the bus was, but it got much fuller after this. 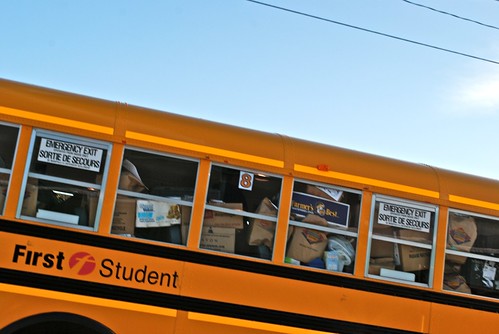 It makes me proud to call Yellowknife my home. The people, you, always amaze me with your generosity and willingness to give back.