Monday at 12:17pm I had the pleasure to jump on one of Yellowknife’s public transit buses and go for a tour of our transit system.  I was joined with a few of the public, members of the transit council and 4 City Councilors as we traveled around Yellowknife.

Many things were discussed on the ride that explain our transit system. Things such as proposed new route, travel time and transfer access, among other things. From what I gather from being on the ride, the City is trying their best to have the best possible transit system for the people of Yellowknife. Councilors and transit members did an excellent job discussing ideas and possibilities. There was even talk about somehow getting the Transit System on Twitter and Facebook to deliver up to date information to the people of Yellowknife.

It was unfortunate that more residents of Yellowknife did not attend the tour to voice their thoughts, but over all it was an enlightening experience. I’m curious to know if any of our readers have any thoughts on the Yellowknife Transit System. What don’t you like? What could be improved? 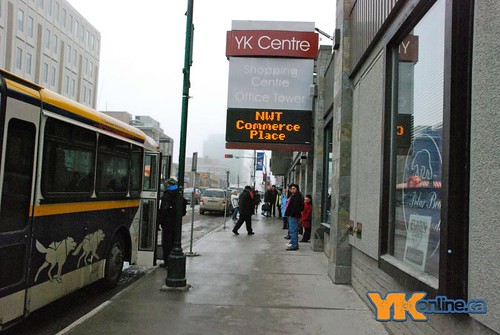 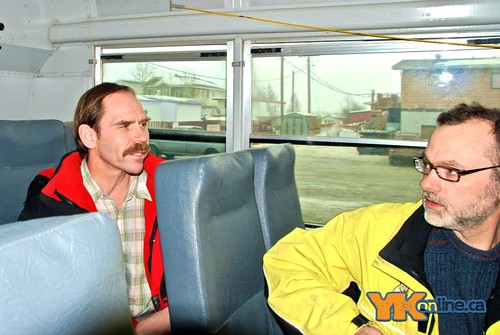 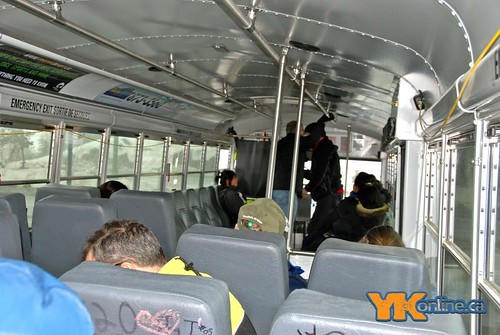 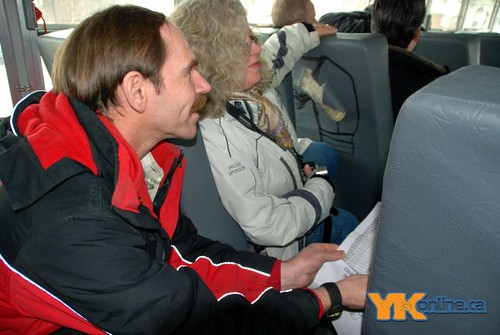 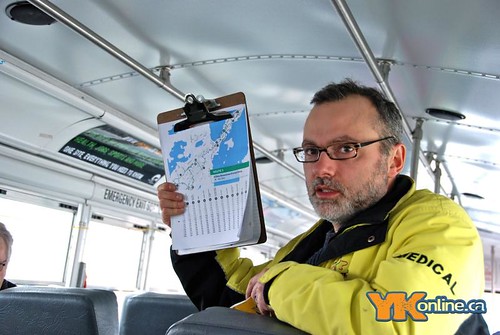 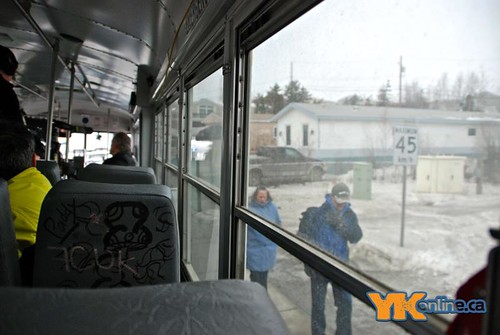 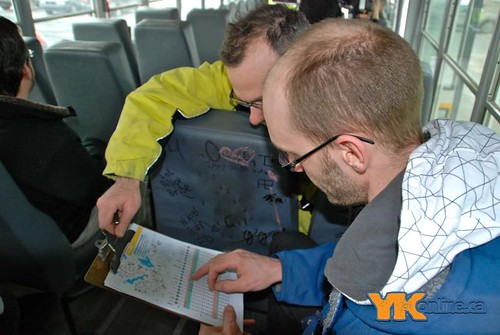 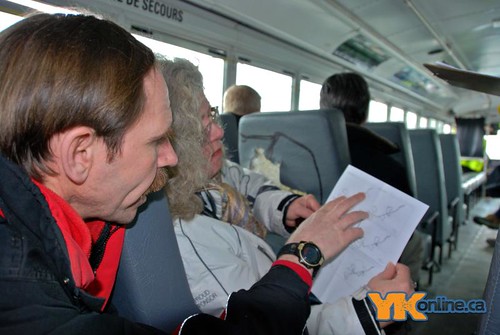 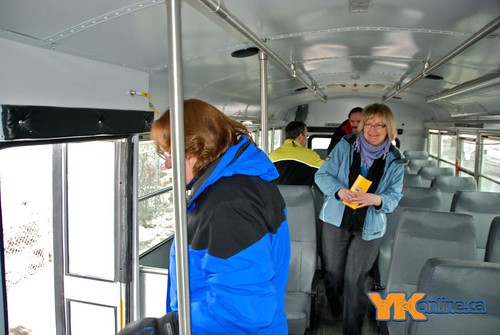 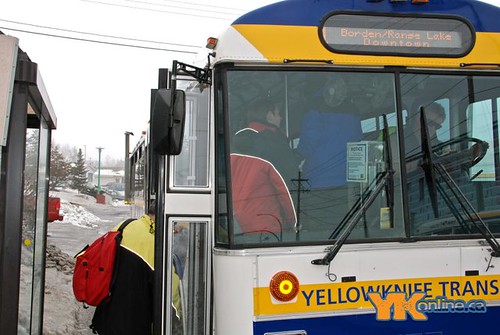 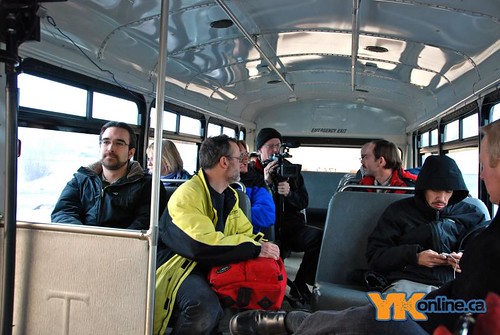 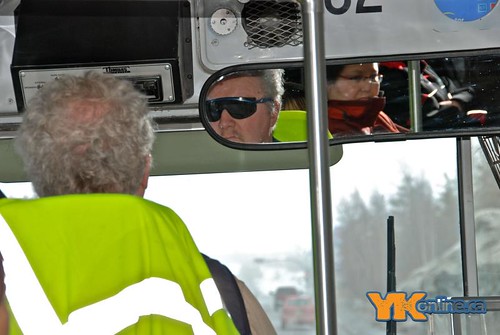 Driving a bus is serious business