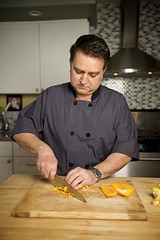 Mark Plouffe, a chef and culinary teacher here in Yellowknife, is putting together a cookbook of all his lessons and recipes, and crowdsourcing the funding to make it happen.

I have been following Mark online, for some time now. He first emailed me when he started his at-home cooking classes in 2010. But now, in 2013, I have finally got to sit down with Mark at his home and talk with him. Let me set the stage first though, Open Kitchen Studio, the name of his cooking classes, is a good interpretation of his kitchen. It’s wide open with lots of counter space and cookbooks and food magazines scattered everywhere, so I felt right at home talking about food with Mark.

A pizzeria in high school was where Mark realized that he wanted to become a chef. So after high school he went to culinary school and graduated as a red seal chef. From that point Mark worked in restaurants in Toronto, Edmonton and Ottawa before finally moving up to Yellowknife in 1991. 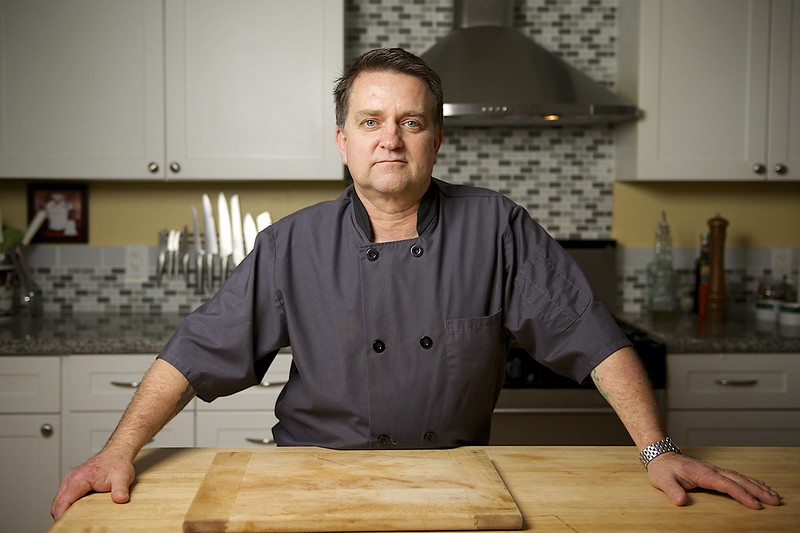 Teaching was not something that Mark planned to do, but more or less fell into it. When a friend was first developing the culinary program at Aurora College, Mark was asked to help with some of the planning. From there he was asked to substitute and found he enjoyed teaching the students. Eventually that substitute position turned into a full-time position teaching at Aurora College in Yellowknife and Fort Smith. 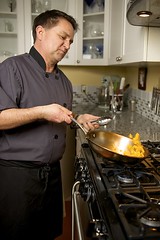 Eventually, Mark found himself teaching at St. Patrick’s high school where he’s been for the last eight years. During this time Mark also started teaching cooking classes at home. He said he’s never done much advertising but has always had much success with it. When a group of people gets together with a couple bottles of wine and learns to cook a fabulous meal it becomes more of a social activity than a lesson.

One of the school units Mark is working on at the high school is called Farm to Table. Where he and his students look at all the foods that come from a farm or garden and how they make their way to a prepared meal on our tables. He says he’s working with some well-known people in Yellowknife’s gardening community to put this unit together. With the students, they will be setting up a herb garden as well as tending to a garden plot at the Weledeh Community Garden. He says growing your own produce is harder in the north, but not impossible.

During all this time, cooking in restaurants, cooking in a college, cooking at a high school and cooking at home, Mark has created and tried many recipes. He has tried them over again, changed them and perfected them. In doing this he started to blog about what he was cooking. Documenting his work was something he always wanted to do and maybe one day put together a cookbook. 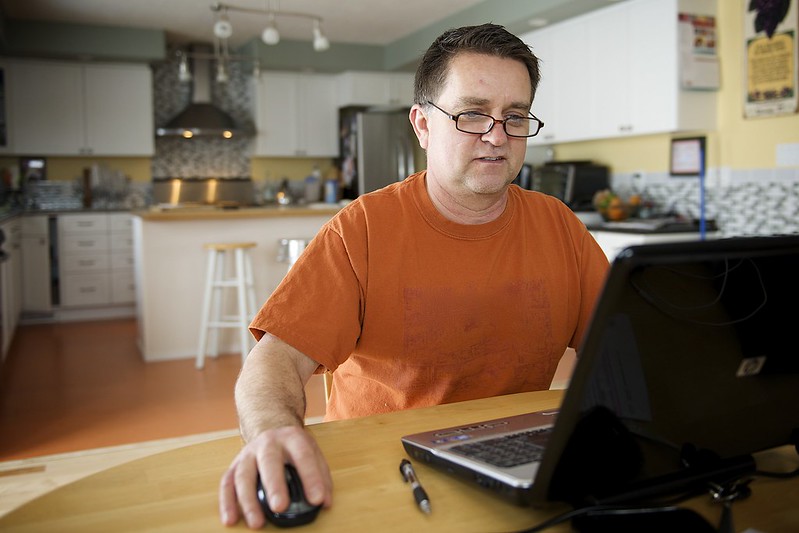 He had no idea that a cookbook might come sooner than later. Thanks to his son who introduced him to crowdsource funding, Mark set up a project on the website Indiegogo.com. The premise of the website is to set a goal that you want to raise by a certain date that will help you accomplish your project. And then anyone can pledge money towards it and in return they get rewards at certain increments. However if the total goal is not reached Mark does not get any of the money and it is returned to the funders.

Mark is offering people everything from a single cooking lesson to a full on cocktail party for 25 people anywhere in Canada plus several copies of his cookbook. If you are interested in helping Mark’s project follow this link http://www.indiegogo.com/projects/lessons-from-the-open-kitchen-studio

This cookbook project isn’t the only one Mark has on the go. He is also developing a kids storybook that has a cookbook component. The book will tell a story for the kids but also offer simple recipes for foods like pancakes and maple syrup. The idea is to not only entertain the younger generation but also teach them a little bit about cooking. Mark says a friend of his is doing the illustrations and is already part way through, however he doesn’t know when the book will be complete.

If you want to know more about Mark and his open kitchen studio lessons head to open-kitchen-studio.com