Folk on the Rocks is the time year to free your body and mind. It is a weekend where those young and old can forget about everything else. Forget about work, forget to the responsibilities and forget about Monday morning. They can just be themselves or be that person they just want to be, wearing that outfit that they wouldn’t wear any other time, dancing in public like no one is watching and walking around barefoot as if they live in the jungle. 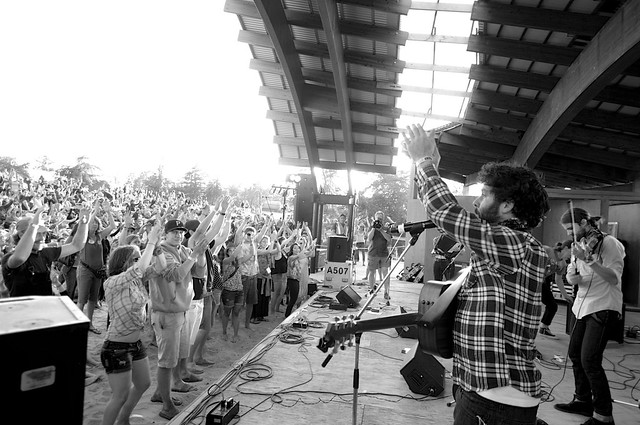 The theme of Folk the Rocks this year was based around being inspired, which I definitely saw this happening this year. For me I was inspired by the people and those that attended the festival. I wandered around Folk on the Rocks, not staying in the same place for more than five minutes and what really inspired me to seeing everyone else enjoying themselves. Longtime Yellowknifers and seasoned tourists just sitting at the main stage enjoying the music while five-year-olds who came to the festival for the first time find their way to the side stage and dance the day away. Then of course there’s everyone in between who just dances away everywhere and has a good time while listening to good music.

There is no age limit for Folk on the Rocks – except for the Beer Garden – you just have to come with an open mind and the willingness to have fun and be relaxed. I guess what my point is, is I don’t have to be inspired by the music because that changes every year what continuously inspires me is the people in the community who continuously come out and support this event. 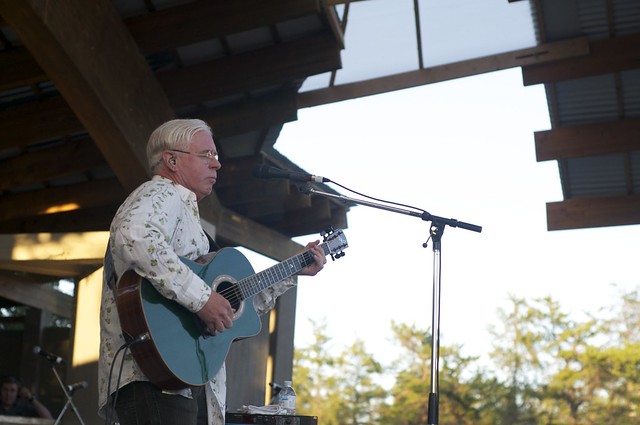 Walking through Folk on the Rocks is like walking through downtown Yellowknife on a busy summer day. Everyone is there and I mean everyone. It is what I heard over and over while talking to countless people, “the whole town is here” and rightfully so. Folk on the Rocks does get national notoriety but what really makes the festival is how it brings a community together on an annual basis, almost like a reunion.

To go off the feeling of inspiration, this years Folk on the Rocks had a chill feeling to it in my opinion. No band was to loud and rowdy and lead the crowd to get out of control, – Said the Whale was pretty good though – everyone was a nice mellow.

So that is another Folk on the Rocks in the can, over and complete. Only problem now is, we all have to face Monday.

If you have an issue viewing all the photos try going right to Flickr with this link.