It started off slow and a little wet, but by 12 noon the place was packed. 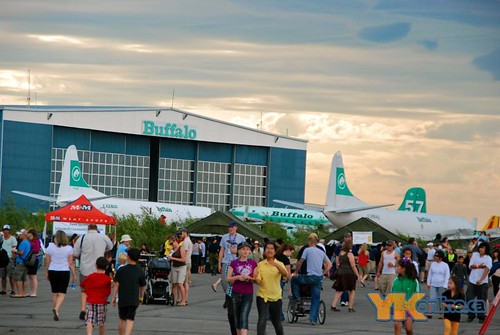 The 2010 Northern Skies Yellowknife Air Show took place this weekend, and we were all unsure of the weather, once again. Most people like me arrived at 10am, when the gates opened, so we could get a decent parking space. The weather was overcast, but reasonable. As we all wandered around the grounds, admiring the static booths and food vendors, a storm started our way. Thick dark clouds full of rain came in off the big lake and ended up over the city. I thought for sure it was going to come right over us at the airport. Lightning could be seen striking the ground towards the city. The announcer came over the speakers informing us that if the storm came over head we should head into the DND Hanger. Then, as if it had a change of heart, the wind changed directions ever so slightly and the storm went right around us, and presented a clear blue sky with a scorching sun. 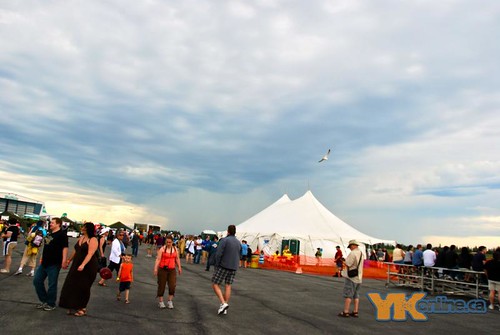 Early in the show, Ken Fowler and his aerial partner put on a show in their Harmon Rockets over head. Just as one of our very own was going to show off his talent, he reported some mechanical issues with his plane, while in the air, there was no emergency, but did present a rather long delay. At this point the local band, Big Ethel, took to the stage to try to keep the audience entertained. 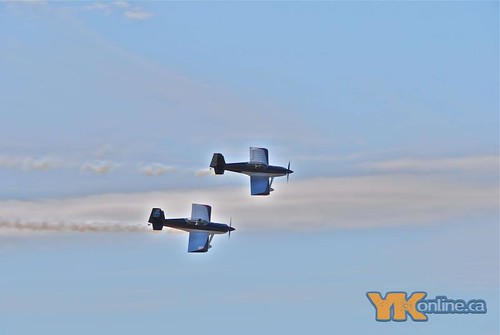 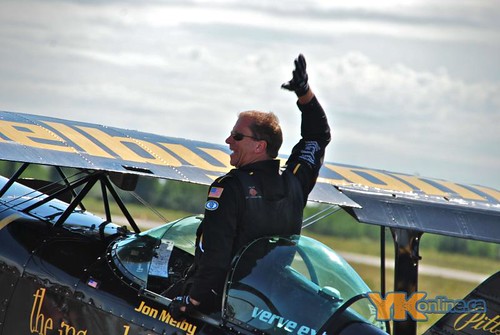 Finally after weather and plane delays the much-anticipated Snowbirds took to the air to show off their well-practiced maneuvers. They showed off many different formations, some with all nine planes together and others with just a few. Needless to say, they had the audience glued to the skies trying to guess which direction they were going to come from next. 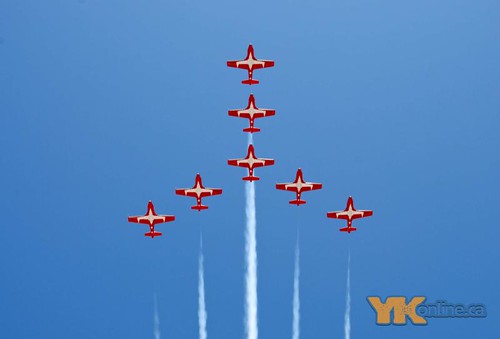 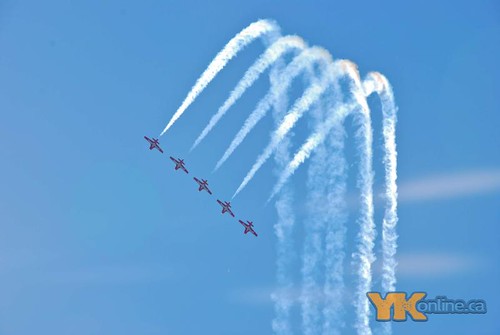 To finish off the day, Ronald MacDonald preformed a magic show for the kids. Although slightly corny for us Adults, he presented a good message to the kids.

Thus concludes the 2010 Air Show in Yellowknife. It was slow to get started, but was a sunny success in the end. It seemed like everyone who came out had a good time, the vendors certainly did, with 30 minute long lines. Did you go to watch or do you prefer the at home on the deck method of watching the show? To get a full feel of the air show watch the video below.

If you are viewing this post in an email or RSS, click the title to see all the photos below in proper format.